Chat with us, powered by LiveChat Dimming Technologies in English! - NET LED Lighting

Our team, now yours

Dedicated teams contact our Wholesalers regularly to ensure they are making the perfect choice.

We do all the work

Save time and hassle with pre-installed Sensors, Emergency Kits and Connectors.

Need it in a hurry?

Get what you need for Next Day Delivery when you order before 6 p.m.

UK Wholesalers can take the hassle out of those last-minute orders by using www.mynetled.co.uk

We aim to exceed our wholesalers' expectations by helping them to help contractors and end-users.

Dimmable LED Luminaires can save you money every year by lowering electricity costs over long periods. Knowing which type of dimming you need to suit your needs can be a challenge, so we’ve written this guide to help! 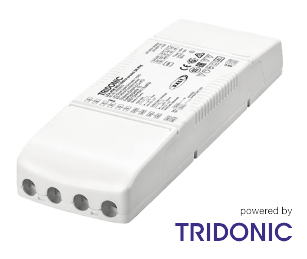 DALI dimming uses a digital signal that connects a group of fittings to a computer or DALI control device so that users can monitor and control them accurately.

You can control large numbers of luminaires over large areas accurately. Typically, a DALI wall dimmer can control up to 25 fittings across a 300-metre range, with DALI systems allow for control of thousands of devices.

Cost and complexity – In addition to the standard mains supply, each device has a 2-wire signal cable needed to get data to each LED driver. DALI dimmers and sensors are also more expensive than the 1-10V or PUSH alternatives.

DALI is best when you want accurate control of large groups of luminaires, e.g., an open plan office with 15+ fittings. 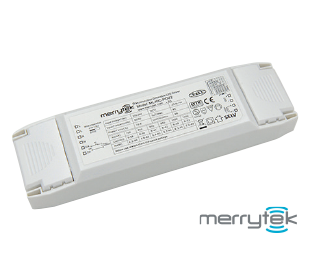 A rotary switch creates an analogue signal, which sends a low voltage signal to the driver allowing up and down dimming of the luminaire. This is an old-style dimming system, associated mainly with fluorescent ballasts.

Dimmers for 1-10V are standard in many applications where the occupier of the building had control over their fluorescent. Upgrading to 1-10V LED drivers grants control of your new LEDs whilst remaining a simple, cost-effective solution.

Like DALI each device has a standard mains supply and a 2-wire signal cable, but a 1-10V rotary wall dimmer can only control around eight devices effectively over small distances. The more devices on the circuit, the worse your dimming functionality will be unless you purchase a remote dimming controller.

1-10V is best used when you need to utilize the existing cabling or want to control a small number of luminaires with a low investment cost.

Also known as switch dimming, PUSH is easy to understand as it uses mains cables only. A shorter push on the switch will turn the luminaires on / off, whereas a more extended push dims the LED. Typically, the luminaire will dim through a pattern of 100% to low% output before brightening back to 100% – just let go of the switch when you’re happy with the light level.

You don’t need to add extra signal cables to your switch; you can use the existing Twin and Earth. But in the ceiling, you will need a 4-core cable to ensure each device has a Live, Neutral, Earth and Push+ connection; a much easier solution than the 3-core mains and 2-core signal cables other dimming systems need.

Commercial manufacturers do not widely support PUSH, and the number of luminaires is limited as this is a form of mains dimming. This means you must not exceed the switch’s rated load or you risk failure.

Use PUSH dimming when you don’t want to add extra cables to your switch, and you have a small number of luminaires to control. It is an excellent solution for small meeting rooms and individual offices.

What would NET LED recommend?

As a commercial and industrial supplier, we want to provide futureproof solutions whilst ensuring end-users with accurate controls over large numbers of luminaires. DALI dimming offers the highest degree of control across a vast amount of LEDs, which makes it our recommendation. However, PUSH dimming provides a suitable solution when you don’t want there to be alterations with existing wiring, or you’re low on budget.